The huge German railroad project from Fauske to Narvik needed forced labour. This particular camp, was called “Petterslager” by the Germans. Close to 600 Soviet prisoner were housed here from autumn 1943 in simple barracks without any insulation. Despite the rough manual work the prisoners were nourished far below a minimum. Even today the track structure is visible east of the E6.

On October 9th 1943 the 23 year old Jefim Sanarov was shot. Fjodor Trifonov, Nikifor Malasjik and Jefim had a few days earlier escaped, but soon they were caught and executed close to the camp. The memorial near the camp is dedicated to the Soviet prisoners of war who died here. Jefim’s name is not on the list, but some numbers on the memorial were connected to the prisoners identification cards which were recently found in Russian archievs.

The field hospital at Klungset﻿

Soviet prisoners of war at work on the railway near Fauske. 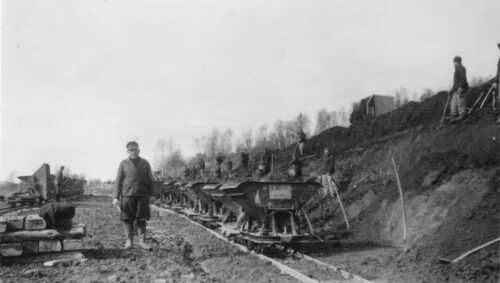 The prisoner card of Efim Sanarov. 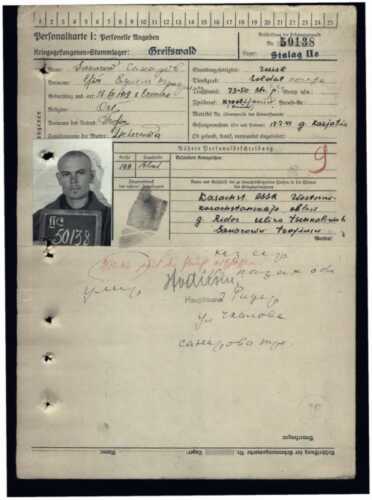